There are two different main configurations of the Outboard Engine, one is a 2 Stroke Outboard Engine and the other is a four-stroke engine. Most outboard motors have been used for cruisers and fishing boats in the past 10 years, and the largest share in the market is indeed family rowers/cruisers. These people like to go out and hang out on the water or go to the beach or take a boat to the restaurant. Another large part of the outboard engine market is fishing boats. Both commercial and recreational fishing vessels find outboard engines to be the preferred engine. Two-stroke outboard engines have almost disappeared in today's market.

When the user purchases an outboard engine for work in the workshop, the work always starts with disassembling the engine. "Because of saltwater, we usually see a lot of corrosion in Florida, so we must use a large number of torches to separate things. Sometimes you have to cut the bolts and pry and knock things to get them apart." He said. "Once inside, to solve this corrosion problem again, we first use soda blasting technology to remove all corrosion. It is very gentle on the surface of the machine. It does not actually remove any metal, but it can really remove the building blocks and coolant channels All corrosion inside. " 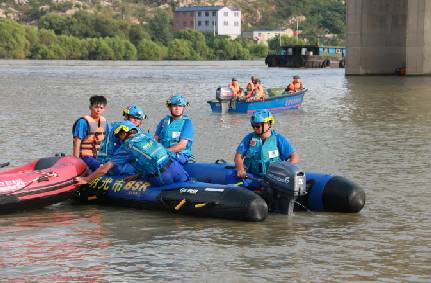 From there, the outboard engine will follow the same basic procedure to rebuild any engine. Shops usually punch and honing them, cleaning them and putting them back.

Some users said: "Some outboards use Nikasil plating, so they will not get bored." "A lot of people are throwing away those blocks, but in fact, we found that we can put a sleeve in them. We have to change the ring packaging To match the sleeve material. We can no longer run factory rings, but we found a way to fix these problems and put them on the water. "

Keeping the ship on the water is the key to satisfying customers in this market. The greatest responsibility should rest on the engine manufacturer, and the shipowner should know that they need to repair the engine regularly to avoid high costs.

In addition to these common problems, leaving the fuel for too long, or using ethanol that can retain water can also cause outboard engine problems.

The 2 Stroke Outboard Motor Supplier said: "If the moisture retained in the fuel is left for too long, it will cause the outboard engine to fail to perform its full performance." "The first thing we have to ask is how big is the fuel there? Use ethanol-free Fuel, and make sure the fuel is always fresh. "

Make sure that these outboard engines (such as an engine) are regularly maintained by the shipowner and a good engine factory, which helps keep them running for long periods of time.

Previous: What Are The Daily Maintenance Of Outboard Motors?

Next: What is an outboard motor?