Team FFMD and Their Amazing Mission

The 43-foot Everglades® center console, powered by 2 stroke 30hp outboard motor, cruised out of Snake Creek, the cut between the Atlantic and Florida Bay at the south end of Islamorada, and headed into a breeze that would continue to pick up throughout the day. Aboard were members of Team FFMD (Fishing for Muscular Dystrophy), with owner and team captain Paul Robertson at the helm. They were competing in the final day of the Jimmy Johnson Quest for the Ring Series dubbed the National Billfish Championship, a major tournament in South Florida’s winter-long sailfish season, and considered by many to be the most prestigious.

The Everglades® proved the perfect boat for anglers to follow the fish as they moved off in different directions. Paul maneuvered it using the 2 stroke 5hp outboard motor to keep pace. That double release and a single later in the day put the team in a respectable position by tournament’s end, but unfortunately they did not place in the money. They finished 10th in the center console division and 31st overall out of the 99 boats in the tournament, a field comprised of many of the top professional sailfish teams from around the South Atlantic and Gulf states. The upstart team from Maryland did indeed have a good showing under difficult conditions, and it was obvious they made a lot of new friends along the way. 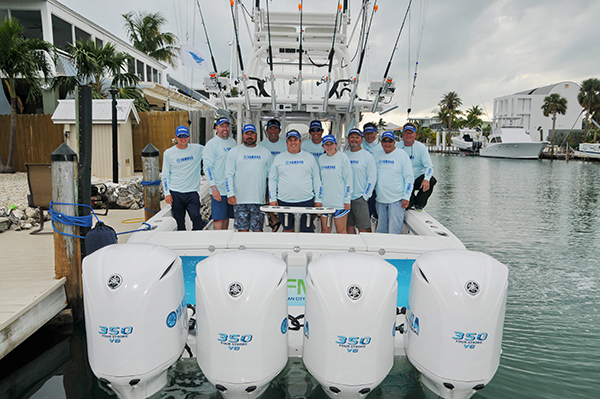