What is an outboard motor?

An 20hp outboard motor black is a detachable power device that is hung on the stern plate of a boat or boat and can propel the boat or boat. It is also called an outboard engine, boat maneuvering machine, and hanging machine. It is mainly composed of engine and transmission, operation, suspension device, and propeller. It has the characteristics of compact structure, lightweight, easy disassembly, simple operation, and low noise, and is suitable for use in inland rivers, lakes and offshore. Military, it is commonly used on boats, boats, and gates and bridges that carry out reconnaissance, registration, crossing rivers, patrols, and remaining tasks. Civil rowing boats, yachts, short-distance transport boats, and fishing boats can also be used. Some control boats are equipped with a variety of propellers for different boats and boats to be used at no load and full load. Most of the engines use two-stroke gasoline engines, a few are diesel engines and electric motors, with a power range of 0.74 to 221 kilowatts and a weight of 10 to 256 kilograms.

The advantages and disadvantages of gasoline outboard engines. 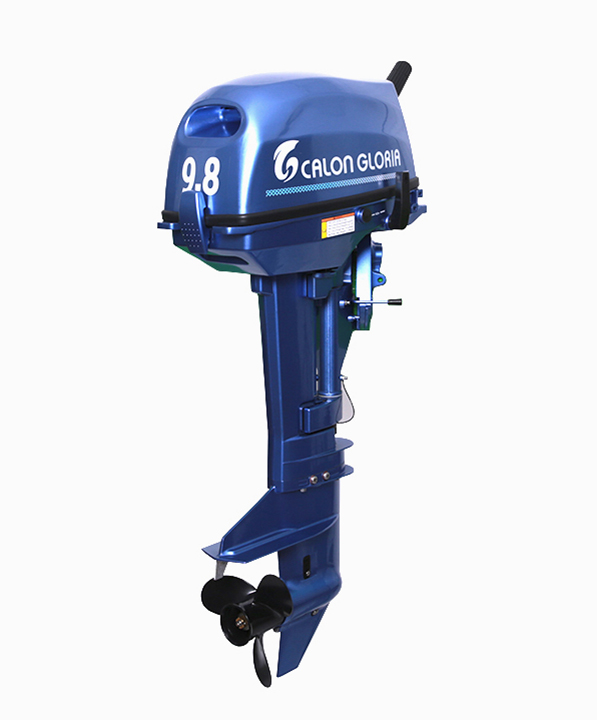 1. Easy to install, directly hung on the stern board without complicated links such as stern shaft alignment.

2. No engine room, saving valuable space in the cabin.

3. It is a complete propulsion system itself, which simplifies the purchase and purchase process of users and shipyards.

4. Usually lighter in weight, it is beneficial to improve the sailing performance of ships, especially high-speed boats.

1. Because of the limitation of the installation method, a lightweight design must be adopted to reduce the weight and greatly reduce the reliability and life of the blue 20hp outboard motor. The life of commercial outboard engines is usually 2-5 years.

3. The structure is complicated, there are many moving parts, a lot of maintenance is needed in the later period, and the failure rate is high.

4. Inconvenient storage and transportation, gasoline leakage are inevitable, which not only brings safety problems but also pollutes the surrounding environment. In many areas of the country, the Maritime Safety Administration has banned vessels with more than 12 passengers from using gasoline outboard motors as power.

Next: What Common Problems Need To Be Paid Attention To When Using An Outboard Motor?